or, “We’ve Got A Short Way To Go And A Long Time To Get There”

“Been a while since my last question and I have been working my way through the series again for about the third or fourth time. I have a bevy of questions I could ask, but I keep coming back to the same one ambling through my mind. It’s a question of temper. Any good blacksmith knows, as I’m certain Walt’s father could attest, that the temper for a piece of steel is vital to its success. Too soft and it’ll just get dinged, smooshed, and fold in on itself. To hard and it’ll just shatter. It takes just the right application of heat, cooling, shaping, and beating, to get the steel to truly function as intended. And the finer the purpose, the more difficult it is to find the correct temper.

Revisiting these stories after ‘The Western Star’ and. ‘Depth of Winter’, two of, arguably, the darkest installments in this yarn, and I am struck by the overall sinister and bleak tonality of Walt’s stories. Themes of rape and child abuse. Suicide and some of the most abhorrent spousal abuse I’ve ever read. Clinical depression, family dysfunction, and the continued systematic destruction of a single man’s family. It could make for some pretty heavy, rough stuff to say the least. (And yet, it doesn’t, and herein lies my question.)

“In my many visitations to Walt’s Wyoming I never fail to leave uplifted, amused, and distinctly inspired. The darkness is always unfailingly tempered by the light. It’s neither depressingly dark, nor cloyingly saccharine or cheery. How is this achieved? Is it a conscious process of measuring the good and the bad in the story? Is there some secret recipe or formula? Or is it just sort of an environmental constant in this world that just naturally occurs? How much forethought and planning is put into this aspect of your world and it’s stories?

Whatever the answer, rest assured that the result has never failed yet and is singularly perfect.”

What a marvelous question. Hopefully I can answer it.

I wish there was a formula, but I think it’s more nuanced then that. It’s a fine line when you write a character in the first person–there are a lot of things you can get away with and a lot of things you can’t. One of the things you can’t get away with is hiding forever because at some point the real you is going to show. My wife says I’ve got Henry’s spirituality, Vic’s sense of humor, and Walt’s moral code, and I guess that’s true, but each novel is a journey unto itself. I think you approach the world with either a sense of dread or hail fellow well met, and no matter what the situation I’ve found that a light touch always seems to work best. 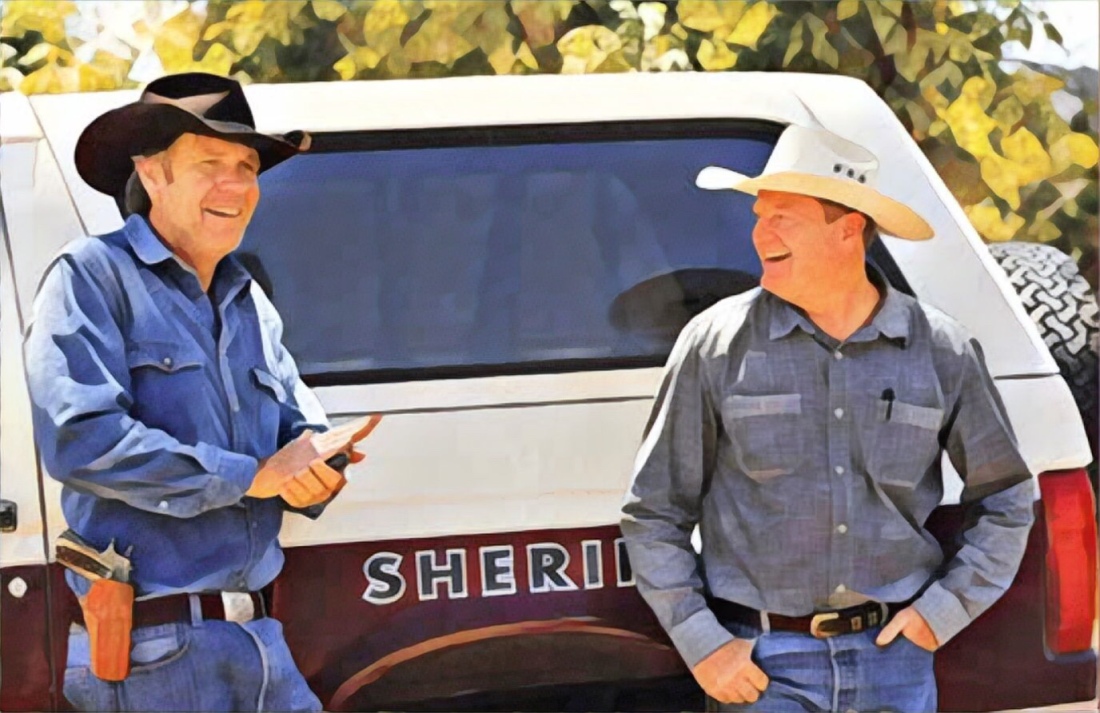 I guess in the final analysis Walt and I have something we hold deeply in common and that’s a belief in our fellow man. This was exemplified in Depth Of Winter with the other half of the Albert Camus quote about finding within yourself an eternal summer. I truly believe that not only about myself, but most everyone else. I don’t think you can fake that kind of philosophy, at least not for long, and if it’s going to ring true with the reader it better come from your heart. I’ve never been a big one for noir, in that I have to believe there’s something redeemable in the characters and that there’s some semblance of hope—a benevolence of spirit, if you will.

I’ve never written a book where I didn’t ask myself, “What are you trying to say with this book—what’s the message?” I don’t need to be told that the world is full of chaos and that there’s bad around every turn, but I think you have to see past that to write what I hope is good fiction, stories that are truer than truth.

Many times the subject matter in crime fiction can be rather dark, and you’re right, Walt’s been going through a rough patch lately. I think you have to test your characters to see what they’re made of and allow the reader to be a part of that story, to be invested. You have to think about the measurable aspects of good and evil, trying to balance it all on a human scale. I think my readers are remarkable, accepting the dark roads I lead them on, but I think they also know that I’ll never leave them there.