Design a site like this with WordPress.com
Get started
Skip to content
rybrooks Uncategorized January 22, 2019May 17, 2021 3 Minutes

“Can I ask Craig a question? Walt is very knowledgeable, not just with useless trivia.  In addition, the books are FULL of detail about a variety of subjects.  How hard is it to accurately research these details?  Have you ever been called out because these details were incorrect?”

I think if there’s one thing I underestimated in assembling Walt, it was the bond that he would have with readers by being one of them. I’ve referred to Walt as over–over-age, over-weight and overly-depressed–but I knew he had to have a couple of strengths or he wouldn’t be able to survive what I was going to put him through in that first novel, The Cold Dish.

First, I made him tough with a tenacity that won’t allow him to quit—he’s not the handsomest, strongest, or smartest, but if you’ve done something you shouldn’t, he’s the last person you want after you, because he’s not going to quit. I laugh when people say Walt’s too old to do the things he does—resolve doesn’t have a life-span and what I’ve noticed is that the older people get the more dogged they become.

Next, I gave him a sense of humor, because as an old cowboy once said, “It’s what gets you up the hill.” It dovetails well with Walt’s persistence in that there are going to be tough situations in your life and if you’re able to use humor to cut them down to size you’ve got a fighting chance. I think humor indicates an agility of mind that balances out the determination in Walt’s soul and gives me the opportunity to make Walt’s perspective of the world more entertaining.

Third, I made him a reader. Walt reads everything and best of all, he remembers what he reads. I grew up with a father who had a photographic memory and let me tell you what a pain in the ass that was… I’m sure I’ve got the same gift, I just can’t seem to get the things developed. 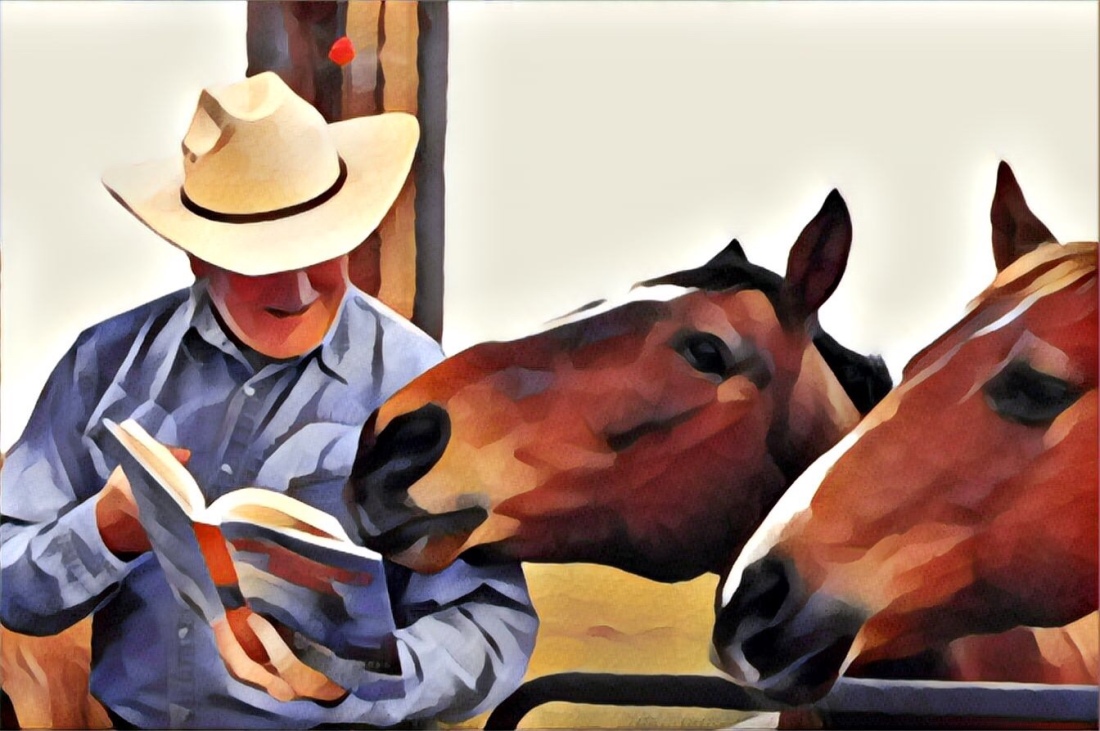 Finally, in answer to your question, for me the research is half the fun, coming up with the components that make a story work. I’m not a big fan of basing my stories on complete fiction, preferring to construct my stories with the help of newspaper articles or true events. The book I’m working on for 2020 is titled The Next To Last Stand and how it came about was an essay by Norman MacLean, where he discussed the relevance of Custer’s Last Fight, a painting that Anheuser-Busch used to create prints that he distributed to bars and saloons all over the country. When he was finished with it, he donated the 15’X9’ painting to the 7th Cavalry, but it was destroyed in a fire at their headquarters in Fort Bliss, Texas in 1946… But what if it weren’t? I like finding a kernel of social and historical truth as a jumping off point for the novels in that you get to learn something along the way. I’m up to my knees in books about Custer and The Little Bighorn, but I’m gaining an education along the way. There’s never been a more contested portion of western history, and I’m sure there will be people who will take umbrage with certain points, but I think that’s just something that goes with the turf.

You do your best to make sure the books are correct. I like to think that I’ve got an inquisitive mind, and I do love reading, something I’ve got in common with more people than just Walt.